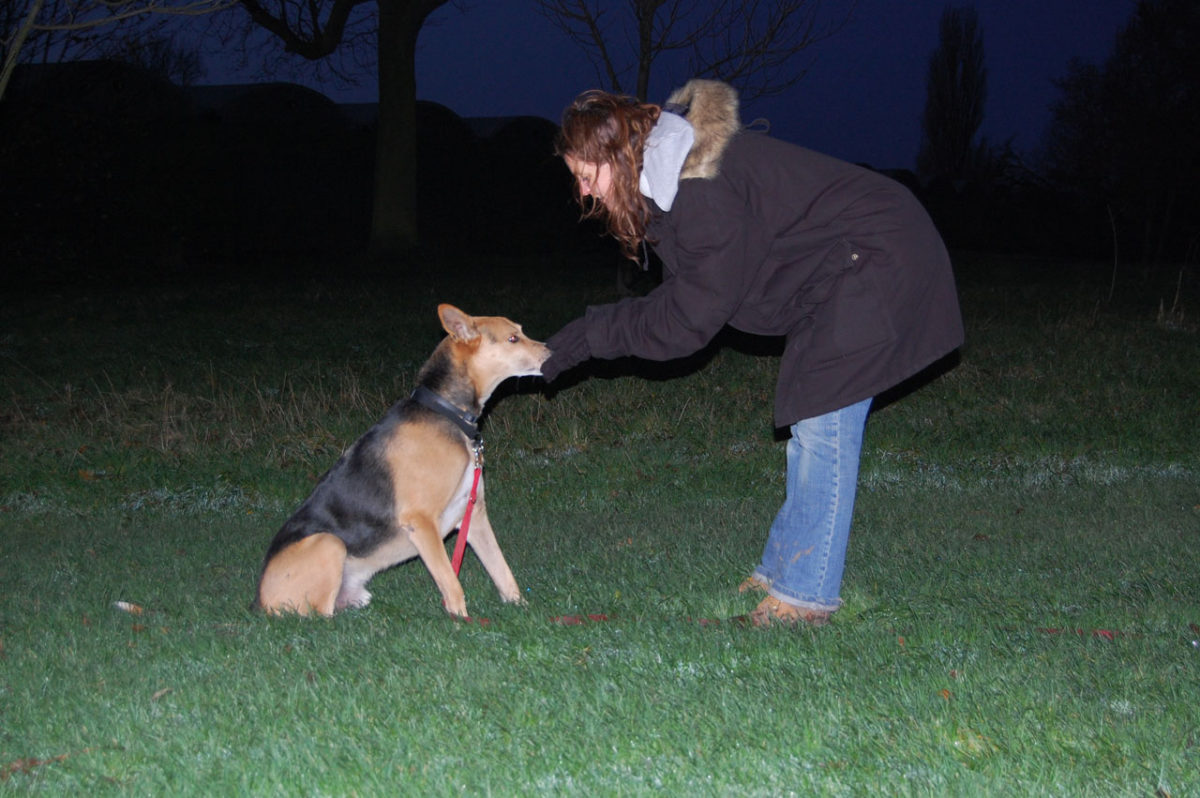 Where it all began

I first became interested in animal psychology and behaviour during a month long yoga trip to Goa. Within days of arriving, we were spending much of our free time with a pack of beach dogs. Through observation, we learned how they interacted and communicated with one another. Over time, they accepted us into their pack. Our time spent with these dogs inevitably put us in touch with the local animal shelter in Anjuna. We would go every day to walk the dogs or to spend time just sitting with the injured, unwell or traumatised. Upon our return, I observed Daisy, our elderly rescue dog, with fresh eyes. I developed a greater understanding of what she was communicating both to us, our cats and other canine friends.

Daisy passed away early in 2009, and I experienced the different reactions of my cats to her passing. Bianca had coexisted happily alongside Daisy as far as I was aware, but there was not a particular bond. Tango, however, had been very close to Daisy, and his grief was obvious. I researched pet grieving and so began my studies into animal emotion.

Later that year we became involved with SOS Animals in Spain when we began volunteering with a new pack of dogs. It was here that we met Dexter for the first time. It was love at first sight and it was not long before Ant too succumbed to Dexter’s unique charm.

Dexter was not an ‘easy’ dog and had experienced cruelty and hardship before he found his way to the SOS shelter in Southern Spain. Yet what immediately struck me was how communicative he was if you knew how to read his signals. I began researching calming signals and body language and, with the help of a wonderful dog trainer, began work on basic commands and recall using positive reinforcement and force- free training methods. What I had learned all those years ago from the beach dogs in Goa really came to fruition with Dexter, and I can honestly say that he taught me so much about many things.

We were to discover that Dexter had survived distemper, a serious virus that is usually fatal in dogs. This caught up with him in his later years and we sadly had to say goodbye in the Autumn of 2014. We were heartbroken, as was our little feral cat Lola. I caught Lola on Christmas Eve 2011 – a terrified, underweight kitten frightened of everyone except for Dexter. Like dogs, cats will communicate an awful lot through body language—we just need to learn what they are telling us. Dexter and Lola loved and understood one another and through extending my research to cats, I could understand her better too.

In April 2015, we headed back out to Spain for more volunteering at SOS Animals. It was here that we met Rebel who was to become our next ‘no hope’ Spanish rescue. Rebel is a wonderfully complex dog and once again, I learned an incredible amount from my dog. I practised some different techniques from the Tellington Touch method on Rebel with great results and it has been wonderful to see yet another ‘unhomeable’ dog grow in trust and confidence.

We now have Amelie too – a young Podenco found living as a stray with her two young pups. Not much more than a puppy herself, Amelie was not only very timid but was also very sick. The vet could treat her health issues, but there was a lot of work required to build her confidence. It also transpired that the little lump discovered in her right foreleg was a pellet from an air gun – yep, she’d been shot at.

Big brother Rebel has been amazing at teaching Amelie, and she soon learnt the basic rules of being a house-dog as opposed to a street-dog. My number one rule is to always praise, never punish, and Amelie soon learnt the ropes with reward-based training methods – and by watching and learning from Rebel! Like humans, animals learn through observation and will quickly learn what we consider acceptable behaviour so long as we stick to training methods that are consistent and carried out with patience, praise and kindness.

It is my belief that all animals deserve a loving home and that all can adapt well to a new life. It is our responsibility to take the time to learn about normal dog/cat behaviour and to understand what they are trying to communicate to us. By taking the time to understand our pets, we make for a happier and more harmonious coexistence.

Please get in touch with me for advice on your cat or dog’s behaviour or to make an appointment. Cost will depend on duration and nature of enquiry.